Everything You Know Before The Replacement Of Ignition Switch 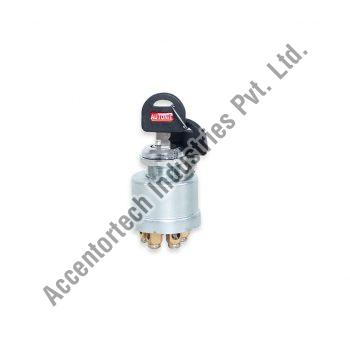 The ignition switch is the starter of an engine, and it also controls the power injection & consumption in the electronic devices. Most modern vehicles have now push-button ignition while others still operate on the key.

The switch design would work for different modes where some accessories like lights, entertainment are powered. It is the primary starting component of a car. It has a security feature to run the components with a proper key and in the case of push-button, we must include the proper signal transmission.

When will you know about the faulty switch?
There is always some clue about the malfunctioning of any system. If you cannot turn it on a single push or any other difficulties arise, you mark it faulty. The lock cylinder and ignition switch are the main components of the external components. Sometimes it does not react with jiggling, yanking, jamming, and other rough use.

Hence, we must recover its functionality or replace it with the new one.
Severities About the Fault in Ignition Switch:
Unfortunately, we ignore its repair most of the time. We find our way to jiggle for turning the car on and forget about its repairing. Without paying a huge amount to the nearby mechanic, you may easily repair it.

The condition is that he must specialise in ignition systems and repairing the key. Mostly it is repaired within a few hours in case you must replace some of its components. It is fair to drop your car at the nearby repair centres.
The cost would mainly depend on the car model and its components. The lock cylinder/key condition has its part. These switches will cost around $60-$100 as per their complexity.

Some switches include the assembly of security devices and lock cylinders. The price will have a quick surge according to your personalisation and requirements. Although the repair is straightforward, there are many factors included during its modification and repair.
If the key will not turn, you need to turn off the cylinder before proceeding with the repairing task. Further programming will be needed for recoding the keys attached to the assembly.

If you maintain a high-profile vehicle, you must keep these small mistakes in mind and go for a quick repair. If you pass its time without thinking about the same, it will raise your maintenance cost quite significantly.
You will about the switches more from Ignition Switch Exporters. Prices are variable as per the vehicle model and location. You should not do any compromise with labour charges and other components’ replacement. Rather, think about a permanent solution so that you become stress-free with these issues.

Keep the system always in its active mode and assemble the replacement as quickly as possible. Sometimes, it is manipulated directly with a different system that is known as hotwiring for scooters. You may also keep it simple for quick repairing tasks without having significant knowledge of this.

Be safe in your ride and keep the plug & play in its form. Take the help of new car models and modern switching methods as well.

This entry was posted on December, 17, 2021 at 16 : 17 pm and is filed under Electromechanical Switches. You can follow any responses to this entry through the RSS 2.0 feed. You can leave a response from your own site.